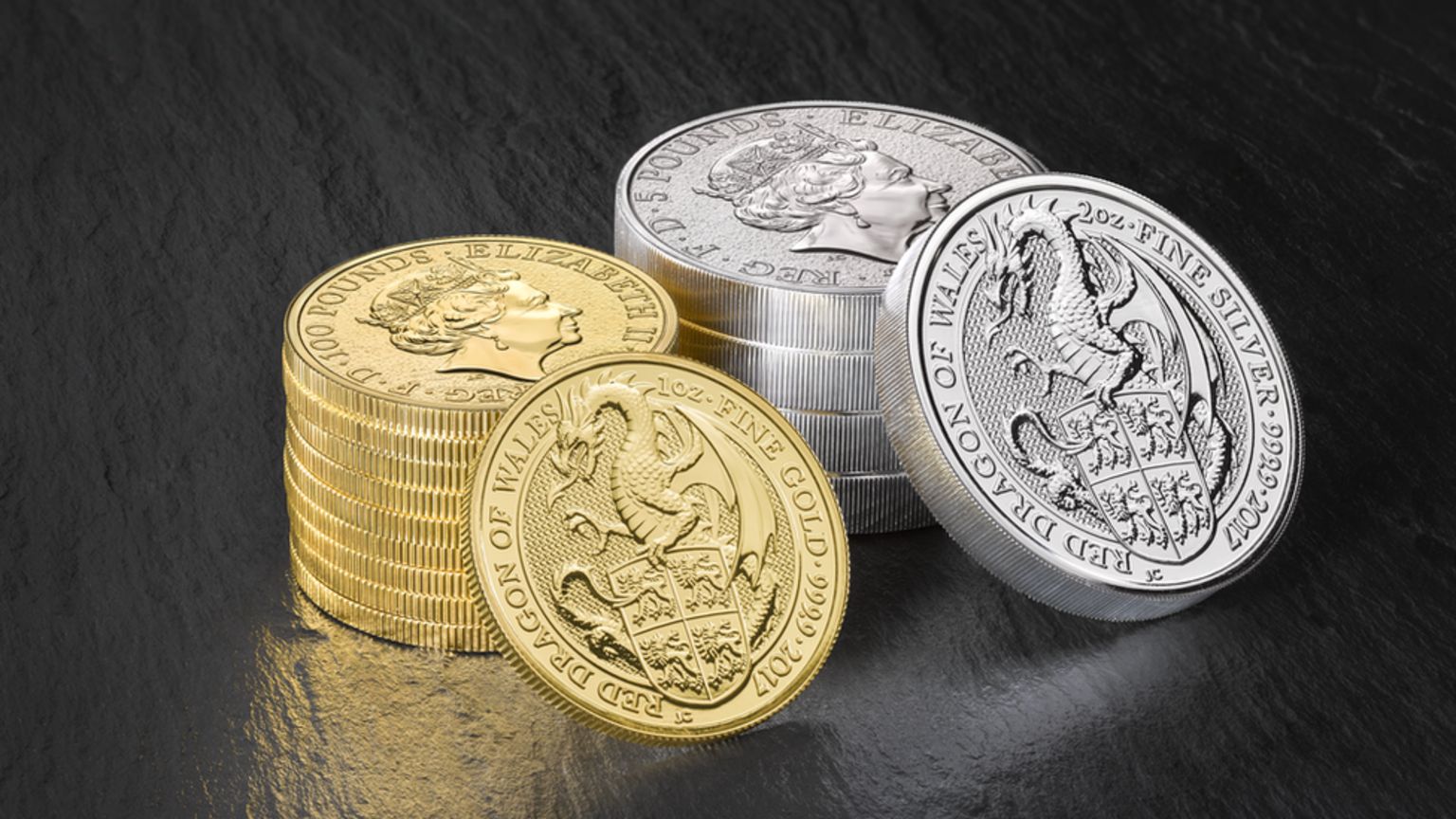 The Welsh dragon is to feature on a range of gold and silver bullion coins.

It is part of the Royal Mint’s ‘Queen’s Beasts‘ series, which celebrates ten creatures from centuries of royal heraldry.

The red dragon design will appear on one ounce and quarter-ounce gold coins, as well as on a two-ounce silver coin.

Designer Jody Clark said: “I wanted to replicate the sense of strength and courage the beasts were designed to convey.”