The Queen’s Speech, The EU and Gold

Jennie’s take on the Queen’s Speech

So today all eyes are on the Queen’s speech, not because it’s the Queen’s Speech. After all, as glorious as it is in its British pomp, it does happen every year. This year, however, it is catching our attention because The Queen is expected to announce the EU Referendum Bill. Let me just enjoy that last sentence. How long have the great British public waited to hear that?  Shockingly so, we are about to hear when we have the right to vote for our own British sovereignty to be returned to us out of the hands of un-elected European bureaucrats. We need more control over our business taxes, borders and free trade agreements.

David Cameron is still trying to re-negotiate the UK’s membership, rather than regain our sovereignty. Even the wording of the referendum and it’s very timing look as if they will be formed in a way to try to tilt the voting public towards a pro-Europe stance away from British sovereignty.

“Being able to characterise the campaign to stay in as the positive choice, while casting those backing exit in a negative light, is likely to help his case. A BBC correspondent reported: “What we won’t get [in the Queen’s Speech], I’m told, is the absolute, finalised official version of that question. There’s likely to be more discussion about it, but I’m led to believe that what we are heading towards is a question along the lines of whether the UK should remain in the EU. “That is significant because it would allow those who want the status quo to continue once there has been a renegotiation, who want the UK to remain a member of the EU, to style themselves as the Yes campaign. Yes to stay in, Yes to remain. So it could be that there is some discussion of that over the coming days.” (The Telegraph)

Michael Gove saw this politicization of even the wording and process of the Referendum ahead of time on the night of the recent general Election results on May 7th: “Let’s make sure that the arguments aren’t left to the Prime Minister and to ministers in government, but that a genuine peoples movement stands behind that fight for change. (Michael Gove, The Telegraph)

Of course the left-leaning Independent is missing an opportunity for open debate and just feeling sad about the fact that it’s a Tory government that are hosting the Referendum at all: “What’s in it and just how Tory will it be?” reads their headline. Not “The pros and cons of EU fiscal and political membership.” Surely, if Independent really meant Independent, wouldn’t that be a better title? But instead it reads:

Easy to get through the Commons – now that Labour has accepted there should be a vote – but may face trouble in the Lords.

EU migrants, except Irish citizens will be denied a vote – as will 16 and 17-year-olds, prompting Labour to declare that it will join forces with the Scottish National Party and the Lib Dems to table amendments to extend the franchise to younger voters.  (The Independent)”

Talk about fudging the focus.  The EU Referendum is not about the younger voter’s rights. For Labour it’s about staying in the EU as a socialist body, and they know a higher proportion of youngsters vote ‘left’ when they’re young.  Nice. How to use the younger generation Labour!

In truth, Labour is just trying to keep up with the British public: “The Conservatives were bringing forward a bill to allow the referendum to happen and Ms Harman admitted Labour “wouldn’t succeed” in stopping it, saying: “There just does not seem to be the public appetite for us to man the barricades against a referendum that appears inevitably going to happen. We will vote for the bill and then get into the big questions for and against Europe.” UKIP leader Nigel Farage immediately responded to the change in Labour’s position by pointing out the Labour Party has been dragged, unwillingly, to accept the inevitabilty of an In/Out EU referendum in the next two years. He said: “Harman and Benn’s position shows quite how little they have learned from their defeat and how much more they have to learn about the European Union debate in the UK. “They grudgingly accept that it is the will of the British people to have a say on their future, but they make it clear that they will campaign for an In, whatever the result of Mr Cameron’s negotiations. So in reality this isn’t a conversion to democracy and the facts of the European argument, merely an acceptance of the inevitable. “Claims that the EU has kept the peace for 70 years, and that Britain would be in some way barred from trade with the EU nations rebels against all evidence. But they have closed their minds and hearts to evidence.” Labour’s decision to support the referendum bill, which is expected to be in (today’s) Queen’s Speech, means it should be able to speed through Parliament without serious delays.” (Simon Kent)

But what of David Cameron’s focus as the figure head of the Conservative view of the Referendum?  “It was made pretty clear that the European council would not engage seriously until the election result was clear,” a source has said. “Now they know they have to deal with us and they want the UK to stay in the EU. We expect the negotiations to take place in 2015 and 2016 so they finish well ahead of the French presidential elections and the German federal elections.”

But the British public surely deserve a non-partisan look at our countries best interests. Aren’t we getting tired of each party telling us what is best for us, both fiscally and democratically, like we can’t figure that out for ourselves?  It appears that the lead up to the long-awaited EU Referendum may well be a bumpy ride.  It may become increasingly difficult to hear a clear message of impartial facts, rather than political speeches designed as fact. Even the timing in the end is showing a political motive rather than the full open debate that such an historic opportunity offers. As Donna Rachel Edmunds from Breitbart explained back on May 12th, shortly after the General Election results:

“A parliamentary bill to approve the referendum will be included in the Queen’s Speech, due to take place on May 27th. If the House of Lords do not object, the bill is likely to be on the statue books by the end of the year, paving the way for a referendum by 2016.

But eurosceptic groups, who want to maximise the amount of time they have to make a credible case for a British exit from the EU, are dismayed by the push from Downing Street. Rory Broomfield, director of the Freedom Association which runs the Better Off Out campaign, said “It is highly unlikely that a 2016 referendum would give enough time for a meaningful renegotiation. Whether or not the referendum clashes with other elections should not be the Prime Minister’s concern. As Prime Minister, David Cameron’s priority should be to try and get the best deal for the British people; not to try and make things convenient for the French or German politicians. Matthew Elliott, Chief Executive of Business for Britain told Breitbart London: “Britain needs to get the best deal from the renegotiation, not fast-forward to the referendum. The EU need’s wide ranging changes, not just tinkering at the edges. A rushed process would severely undermine the chances to secure a significant deal that both British business and voters could support and would waste the opportunity of a lifetime.” (Donna Rachel Edmunds, Breitbart London)

So if it is looking this bumpy this early on, what can we as members of the British public expect over the coming months?  In a few words, probably a fair amount of ‘scaremongering’.

The Conservatives will not be forgiven for “fudging” a referendum on Britain’s membership of the European Union, Michael Gove has said. The Justice Secretary said that the Tories must grasp an “historic opportunity” and not allow themselves to be “steamrolled into a reluctant, strangulated and acquiescent yes” by Brussels.Germany and France have agreed a pact to bring the Eurozone closer together without the need for treaty change in a potential blow to Britain’s plans for EU reform. It also emerged that they are also pushing plans to introduce a minimum corporation tax rate across the continent in a move that could result in higher taxes on British companies.”

Facts like this will be there to find in the discussions and we will endeavour to keep you, our clients, up-to-date as the referendum nears.  As the uncertainty leading up to the Referendum takes hold, it might be worth considering parking some assets into Gold and Silver.  Re: TAX, the great British Gold Britannia’s and Sovereigns all offer not only exemption from V.A.T. but from Capital Gains Tax as well.  That’s a 20% saving upon purchase and between 18% up to 28% tax saving upon sale, depending on your income bracket. If you are considering the sale of other assets in any tax year, such as property, we highly recommend discussing the owning of Physical Gold and Silver with your I.F.A, to protect yourself against high C.G.Tax loses.

If you’re not considering the sale of assets and are therefore not concerned about Capital Gains Tax, then the larger bars in both Gold and Silver offer the most “metal for your money”, as less margin is used on fabrication costs. Bleyer offer storage for both bars and coins. See here for details or call one of the team.

So while people debate the EU referendum, Gold offers an incredible investment buffer against uncertainty. Physical Gold, particularly, is an asset we encourage our clients to “hold long”. This is because short volatile moves even out over the years of a bull market and give returns on a non-income generating asset that out-weigh the short term downside risks.

And the “poor man’s gold” of silver tracks Gold and sometimes surpasses it in percentage gains per annum (2013 for example). 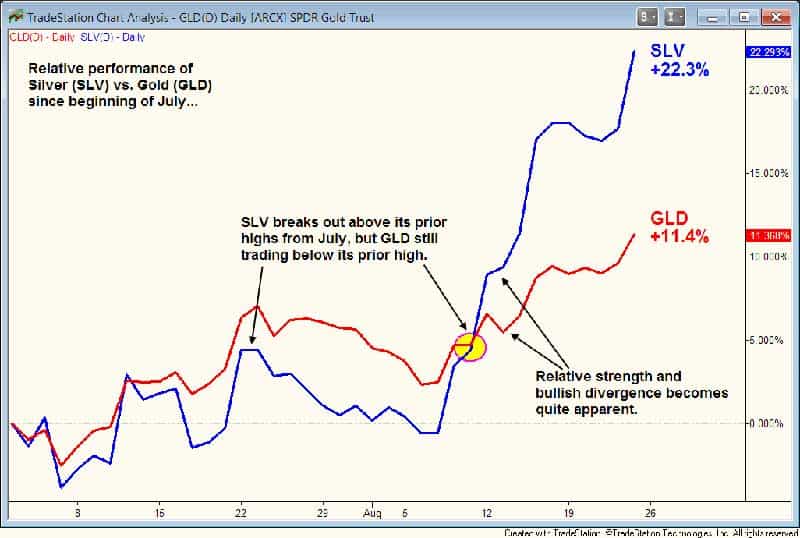 Although, unlike Gold, Silver is not VAT free, the great British Silver Britannia is Capital Gains Tax free.  Silver also has some quiet upside potential rarely seen in historical price figures. For a more indepth look at this please see our previous article “Silver is the new Black”.

Gold, visiting a town near you An Introduction to Owning Physical Gold and Silver
Search