The Queen’s Beast series returns with a new design! Please allow us to introduce, the 2019 Yale of Beaufort, which is now available in both 1oz gold and 2oz silver.

The Yale of Beaufort

The ‘Yale’ (or centicore) is a symbol of grace and elegance, or defense and determination. The mythical beast was originally found in European mythology before passing into medieval bestiaries and heraldry legends. Most descriptions make it an antelope (or goat-like) four-legged creature with the tusks of a boar and large horns that it can swivel in any direction.

“The size of a hippopotamus, with an elephant’s tail, of a black or tawny colour, with the jaws of a boar and movable horns more than a cubit in length” –  Pliny the Elder from Natural History

The House of Beaufort

The Yale’s connection to the British monarchy apparently began with Henry VII in 1485. He came from the House of Beaufort, an old noble English family. Henry’s mother, Lady Margaret, began the Beaufort heraldic symbol legacy. You may have wondered why the yale is on the college gatehouses Cambridge’s Christ’s College and St John’s College. This is because Lady Margaret Beaufort made big contributions to these of educational institutions.

The Yale of Beaufort was one of the Queen’s official ten heraldic beasts commissioned for her coronation in 1953. There are multiple yales on the roof of St George’s Chapel in Windsor Castle and it’s also part of the arms of Westminster City Council.

The War of the Roses

The Wars of the Roses were a series of English civil wars for control of the throne of England and was fought between supporters of two rival branches of English nobility: the House of Plantagenet and the House of Lancaster. It was later argued, however, that the conflict actually stemmed from the heads of the houses of York and Beaufort during the mid fourteenth century – Richard (Duke of York) and Edmund Beaufort (Duke of Somerset).

The breakdown of their relationship is a story of jealousy and ambition between implacable enemies and played a significant role in dragging England into this horrific civil war. Listen to BBC 4’s podcast on these conflicts here:

The Yale of Beaufort is the 8th addition to The Royal Mint‘s Queen’s Beast series. On this coin design, the Yale stands tall on both hind legs behind Margaret’s arms shield and includes a portcullis at the centre, a badge used by Henry VII. The sideways look of the beast clearly shows its power and ferociousness. It’s spotted body make for a great raised texture and a semi-angry look with tusks and horns poised on either side of its head.

The obverse design depicts the fifth portrait of Queen Elizabeth II, and the monetary denomination. Both the obverse and reverse are designed by British Coin Designer Jody Clark, creator of the latest definitive portrait of The Queen on UK coinage, and marked on the coin with the letters ‘JC’ on the front. 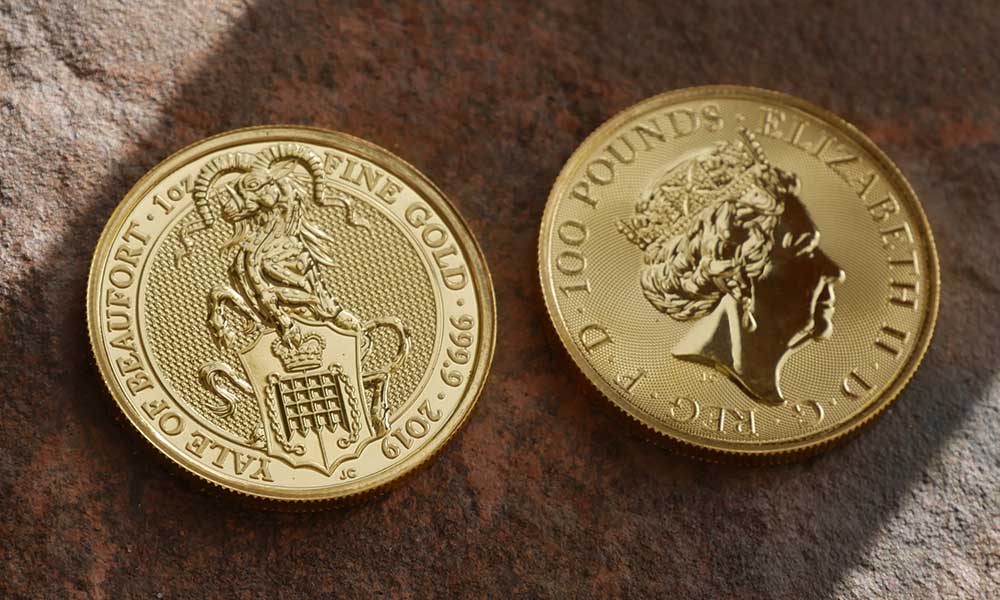 The highly anticipated Yale of Beaufort has finally arrived and is now available in both 1oz Gold and 2oz Silver bullion. We sell these coins individually, but we also offer quantities of 10 in Royal Mint tubes and even Monster boxes, so give us a call if this interests you (01769 618 618). We have stock in our UK office for immediate despatch so don’t delay, order today! 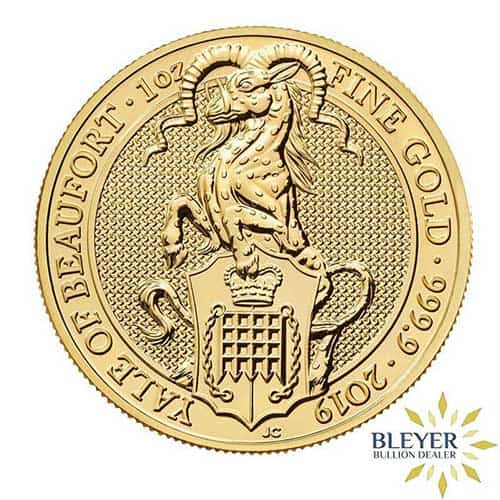 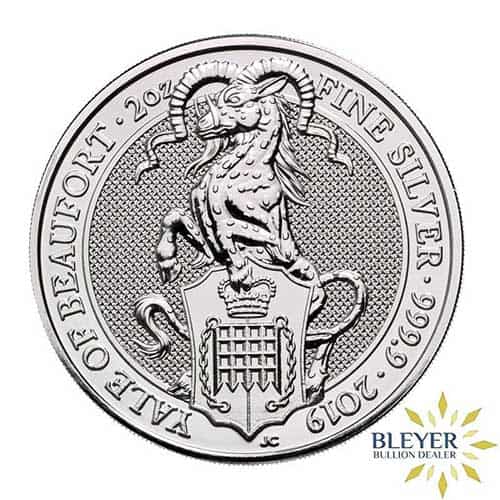 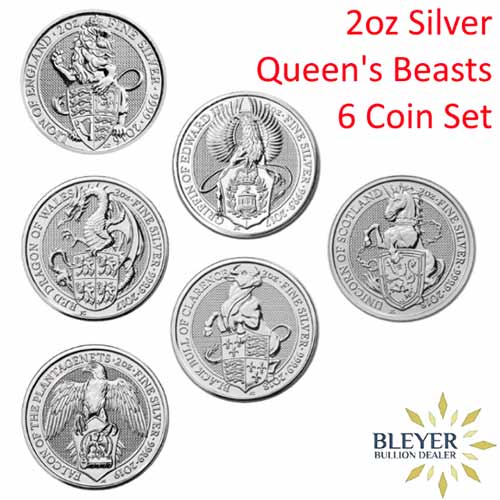 7 Interesting Facts about Investing in Platinum Glossary: Why is Gold measured in Carats?
Search

We use cookies on our website to give you the most relevant experience by remembering your preferences and repeat visits. If you continue to use this site we will assume that you are happy with this.
Cookie settingsACCEPT
Manage consent

This website uses cookies to improve your experience while you navigate through the website. Out of these, the cookies that are categorized as necessary are stored on your browser as they are essential for the working of basic functionalities of the website. We also use third-party cookies that help us analyze and understand how you use this website. These cookies will be stored in your browser only with your consent. You also have the option to opt-out of these cookies. But opting out of some of these cookies may affect your browsing experience.
Necessary Always Enabled
Necessary cookies are absolutely essential for the website to function properly. This category only includes cookies that ensures basic functionalities and security features of the website. These cookies do not store any personal information.
Non-necessary
Any cookies that may not be particularly necessary for the website to function and is used specifically to collect user personal data via analytics, ads, other embedded contents are termed as non-necessary cookies. It is mandatory to procure user consent prior to running these cookies on your website.
SAVE & ACCEPT