Gold fell for a third day on Friday after British elections failed to deliver a clear majority for Prime Minister Theresa May, knocking the pound sharply lower and helping lift the dollar index to its highest since late May.

The snap poll wiped out May’s parliamentary majority, throwing the country into turmoil ahead of complex talks on Britain’s exit from the European Union due to begin in 10 days’ time.

Sterling-denominated gold rose to a near two-month high of 1,007.98 pounds an ounce as the British currency fell as much as 2.5 percent. Along with a drop in the euro, that helped lift the dollar half a percent versus a currency basket.

Meanwhile the FTSE share index, composed largely of companies that earn in foreign currencies and benefit from a weaker pound, opened higher, undermining potential demand for gold as a haven from risk.

“A lot of the financial markets haven’t moved as much as you might have thought,” Oxford Economics analyst Daniel Smith said.

“The dollar’s a little bit stronger, and that’s going to weigh on gold,” he said. “It’s not just about risk appetite, it’s about what people are thinking on the dollar.” 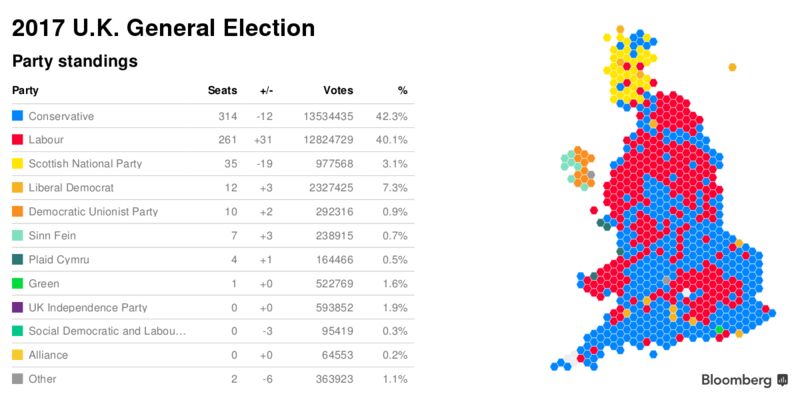 Comey accused President Donald Trump of firing him to try to undermine the FBI’s investigation of possible collusion by his campaign team with Russia’s alleged efforts to influence the 2016 U.S. presidential election.

Attention is now turning to the Federal Reserve policy meeting next week, at which the U.S. central bank is expected to raise interest rates again. Gold is highly sensitive to rising U.S. rates, which increase the opportunity cost of holding non-yielding bullion, while boosting the dollar.

“The market still expects an interest rate rise at the FOMC meeting on June 14, but their tone may soften,” ScotiaMocatta said in a monthly precious metals note.

“The downturn in the dollar combined with low U.S. Treasury yields suggests expectations for further interest rate rises may be out of sync.”

Among other precious metals, palladium was up 1.5 percent at $866 an ounce, having earlier touched its highest in nearly three years at $867.50.

Best 3 Silver Gifts to Show You Care for Father’s Day VIDEO: Gold Bullion Priced in Sterling Is at a 7-Week High
Search