Gold sank like a stone at 9 a.m. in London after a huge spike in volume in New York futures that traders said was probably the result of a “fat finger,” or erroneous order.

Trade shot up to 1.8 million ounces of gold in just a minute, a level not reached even with the surprise election of U.S. President Donald Trump or Britain’s vote to leave the European Union.

“No-one has a clue, apart from the unfortunate individual that pressed the wrong button,” David Govett, head of precious metals trading at Marex Spectron Group in London, said of the spike in volume. Thin activity and automated trading may exacerbate such moves, he said.

Others said a trader may have made a larger order than intended, or underestimated the market’s ability to absorb so much gold. 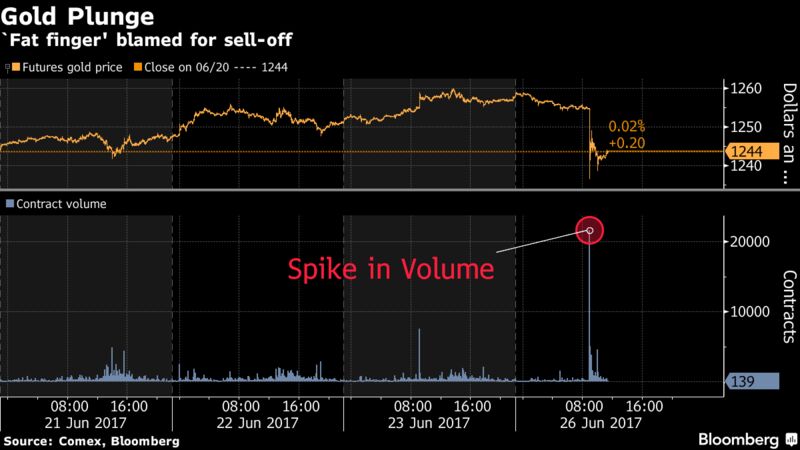 Rising use of computer-driven algorithmic trading has often been blamed for extraordinary movements in financial markets, known as flash crashes, in recent years.

“These moves are going to become more widespread with the way things are going,” Govett said by email. “The more they happen, the worse they will become as people back away from holding positions.”