The Bank of China will join seven others on the electronic platform which sets the gold price benchmark said the LBMA on Tuesday. They will be the first Chinese bank to join existing members Goldman Sachs, UBS, Barclays, HSBC, Bank of Nova Scotia, Societe Generale and JP Morgan to set the gold price administered by ICE Benchmark Administation which replaced the century-old gold “fix” in March.

The benchmark gold price is widely used by producers, consumers and investors to trade and value the metal on a daily basis.

Bank of China initially became an LBMA member in 1987 and has been participating in the gold trading business in London for over forty years.

“Although being the world’s largest gold producer and consumer, China has never played a major role in the global gold fixing,” Yu Sun, general manager of Bank of China’s London branch said.

In the past China has never played a major role in the global gold fixing even though they are now the world’s second biggest gold consumer and largest producer, they are looking at establishing their presence as a benchmark hub that could compete with the LBMA daily price. China’s Shanghai Gold Exchange which is run by the state, said that last month it was working on launching new price benchmark fixing products as a new service to market participants. 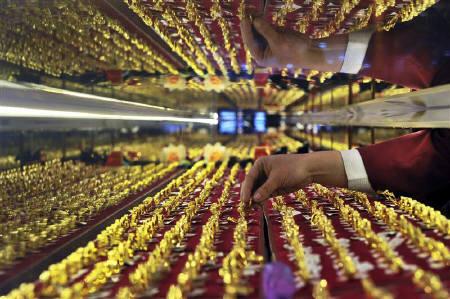 Adding a chinese bank reflects the move in demand of gold towards Asia. It is now as much Jewlery demand from China and india as it is western financial investors.

“The gold price-setting takes place at 10:30am and 3pm UK time, and final prices are published in US dollars, pounds and euros.

The process was moved to an electronic platform run by US energy exchange operator ICE this year after accusations the old process was opaque and could be rigged. It is now a regulated benchmark under the UK Financial Conduct Authority.

While London remains the centre for global gold trading in recent years almost 75 per cent of the world’s physical gold has been sent to the Middle East and Asia, according to ANZ.” FT, 2015

How can buying gold and silver help to protect my wealth? China & Gold: Challenging the Dollar on Land & Sea
Search